Surprise yourself by pairing chocolate with Juvé & Camps red wines 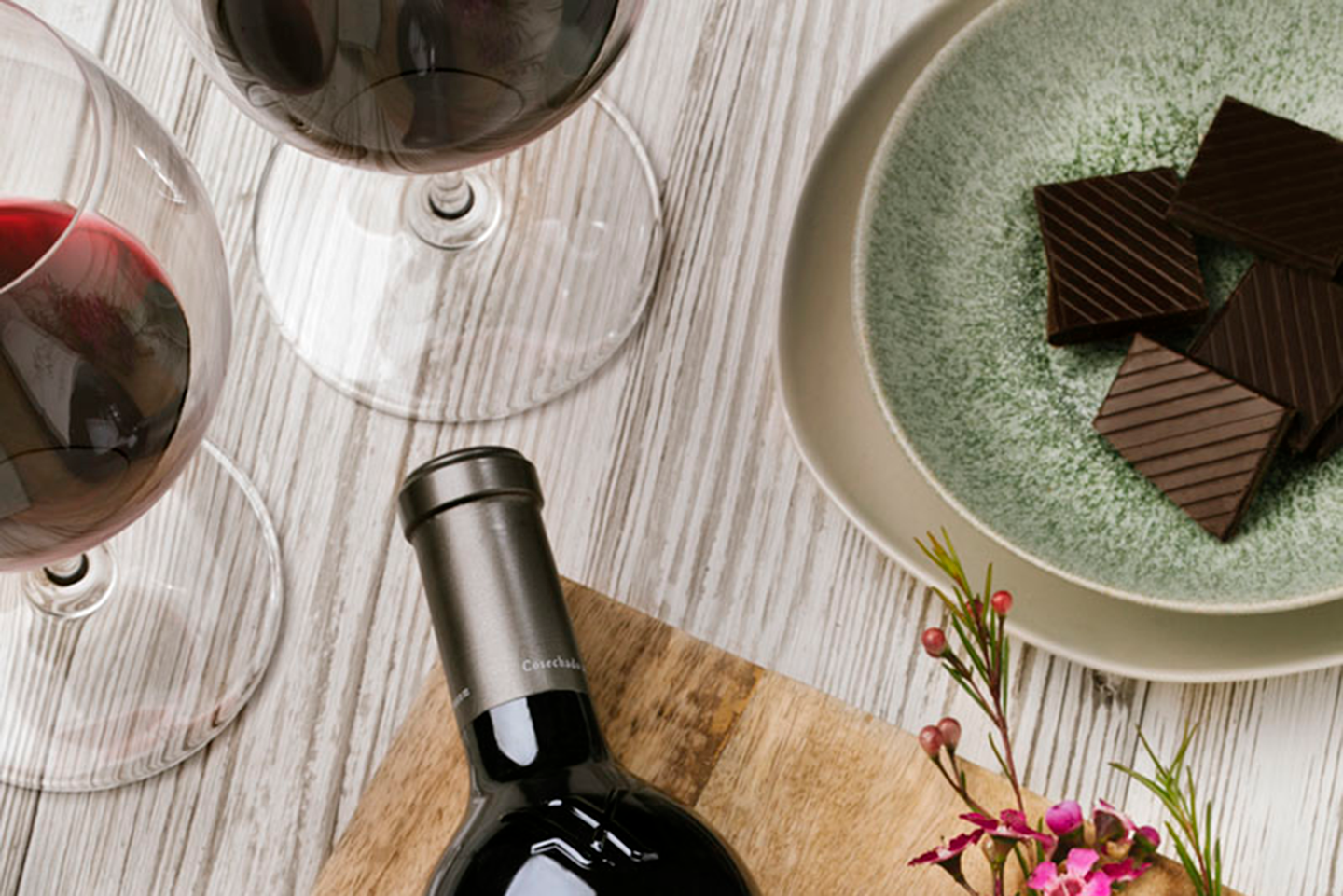 Chocolate is one of the benchmark sweet products in the dessert industry, present in the gastronomy of countless places around the planet. This food, obtained through the mixture of sugar with two derivatives of cocoa (mass and butter), has its origin about 3,000 years ago in Central America.

The indigenous community, which produced beer from the pulp of cocoa pods, accidentally discovered that it could use the fermented seeds discarded during the process to make a new non-alcoholic beverage with a bitter taste. In the years to come it became a much-loved energy concoction, used for such important celebrations as weddings and births.

The chocolate, whose healthy properties are widely known (antioxidant, promotes blood flow, natural stimulant, delays fatigue, etc.), will pair with each Propietat d’Espiells and Pagos de Anguix red wine depending on its body, intensity and power:

Chocolate with a concentration of over 70% cocoa combines very harmoniously with red wines with body, greater structure and personality and with longer aging. Grape varieties such as cabernet sauvignon are framed here, whose properties level the acidity generated by cocoa. For all these reasons, the higher the concentration of cocoa, the wine must have a more intense flavour.

Iohannes, reserva red wine from Penedès by Juvé & Camps, will give dark chocolate a new dimension, thanks to its aging for 12 months in very fine-grained French oak barrels, prior to an average of two years in the bottle. Thus, its clear notes of wood and its aromatic profile based on fruits and spicy nuances -cinnamon, clove and vanilla- will enhance the flavour of the bitterest chocolate options.

Here begins the journey of dark chocolate, in which the balance between sweetness and bitterness plays a major role. This sweet marries with wines of the merlot variety, whose levels of sweetness balance the greater dairy intensity of the product (generally powdered milk).

At this point, Propietat d’Espiells Viña Escarlata reserva wine comes into play, a proposal with a deep cherry colour, which treasures very clear aromas of ripe plums and notes of its aging in oak barrels: toasted nuts, vanilla and cinnamon. On palate it is unctuous, broad and persistent. This is a modern Mediterranean red wine, which stands out for its roundness and which will make a perfect tandem with the sweetest dark chocolate.

Returning to the purest chocolate, a red wine proposal from Juvé & Camps, which pairs very well with this type of chocolate, is Barrueco, from the heart of Ribera del Duero. This monovarietal expresses the richness of its unique terroir, with clear notes of almonds and toasted hazelnuts that surround a deep background of red fruits and spicy aromas. Its velvety and unctuous texture closes in the mouth with a long finish. We are talking about a magnificent red wine that will improve in the bottle over the next decade.

Forget the idea that chocolate and red wine are incompatible. Surprise yourself and fill yourself with flavour with Juvé & Camps proposals.